COPYRIGHT-free hi-res images of Duncan McCrone for press/media/promo use – click the thumbnail for the full-size image.

(please credit any use as follows – Photo: Dave Arcari) 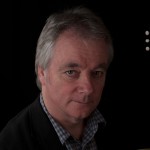 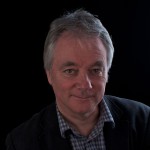 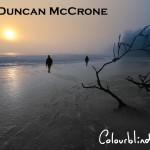 Download  Duncan McCrone’s biog as a .pdf – or copy and paste information from the following:

Duncan McCrone is a Glasgow-born singer-songwriter with over thirty-five years experience of live performance both solo and with a variety of traditional bands.

His first main gig was with  Hot Toddy, in the early 1970s, which evolved into the acclaimed five-piece electric folk-rock band Dapplegrim, which also featured his friends Billy Ross – who went on to co-found and to front Ossian, one of the most influential traditional bands ever to emerge from Scotland – and Cy Jack, who has been Duncan’s co-writer and main musical collaborator to this day.

Duncan had a brief – and rather unremarkable – career as a pop singer in the early 80s as ‘Duncan Aran’, releasing a single for Pulsar Records, a Glasgow-based independent label, and a spell playing bass with a couple of covers bands, before joining the well-established folk outfit The Clydesiders in 1982, an adventure which lasted eighteen years and involved six albums, several singles and countless radio and TV appearances, the most remarkable of which was an appearance as the musical guests on Terry Wogan’s TV chat show in 1985, alongside stars such as Sean Connery and Robert Powell.

During this time, Duncan and Cy were developing their songwriting and composition skills, having launched their own production company Ranza Music in 1981, specialising in roots-based music for film and TV.  Ranza has grown rapidly over the years, and has a vast catalogue of material commissioned by a variety of broadcasters, TV & film producers and music library publishers.  Notable successes are the best-selling anthem ‘Always Argyll’, which was a huge seller for Scots artist Valerie Dunbar, a top ten hit in Australia and which has now been covered by over thirty artists, ‘Old Button Box’, a song commissioned as a biography of the legendary accordionist Will Starr and ‘Absent Friends’, which was a big-selling single for Irish artist Dominic Kirwan.

Post-Clydesiders, Duncan initially decided to concentrate on writing, however a small Glasgow-based indie label, Downtown Records, offered to finance a live solo album, if he was interested in going back to live work.  It was too much to resist, so Duncan brought together the ‘Tron Band’ comprising some of his best mates, including world-renowned fiddler Chris Stout, Lindisfarne drummer Ray Laidlaw, acclaimed  multi-instrumentalist Stevie Lawrence and, of course, Cy on bass and keyboards, to play a concert in Glasgow’s Tron Theatre in February 2001.  His old Dapplegrim band-mate Billy Ross came along to sing on a couple of the tracks too, making it particularly special.

Promoting the CD got Duncan and Cy back seriously on the road again, along with Stevie Lawrence on bouzouki, whistles, guitar and percussion, and the trio have gained a reputation as one of the most entertaining acts on the Scottish scene, adding a wealth of stories and humour to an eclectic set of original songs, carefully-chosen covers and traditional songs and instrumentals.  Whenever budgets and diaries allow, however, the six-piece Tron Band still perform, with Duncan, Cy, Stevie, Chris and Ray now joined by world-class piper and whistle-player Finlay Macdonald, whose phenomenal duet with Chris forms a show-stopping feature.

Duncan lists the highlights of his ‘solo’ career (if you can call it that when surrounded by so many fantastic musicians) as the original Tron concert, a terrifying but amazing duet with colourful Pogues frontman Shane McGowan at a tribute concert for the legendary songwriter Matt McGinn, a half-hour live radio performance on BBC Radio Scotland’s ‘Iain Anderson Show’ during Celtic Connections in 2008, a follow-up studio album ‘All You Need to Know’ co-produced by former Bay City Roller Stuart ‘Woody’ Wood and countless concerts and festivals throughout Scotland.

With the release in May 2012 of ‘Colourblind’, his most ambitious and lavishly produced album to date, Duncan hopes to move into a new phase in his career as an artist and writer. ‘I think the years have made me much more confident as a performer’ he says. ‘When you get to this age and stage, you get a bit more relaxed about yourself, and experience gives you confidence to interact more with audiences.  My songs are mostly story-based, focusing on my own life, my love of Glasgow and the West of Scotland, and my genuine love of meeting people and seeing new places.  I try not to preach or to be overly political, and if there are poignant moments in some of them, I try to leaven this with a good chunk of humour’.

Quite natural for someone whose signature song (and the title of his first album) is  ‘Just a Glasgow Boy’.  It’s a beautiful love song to the city of his birth, and very successfully sums up Duncan McCrone.